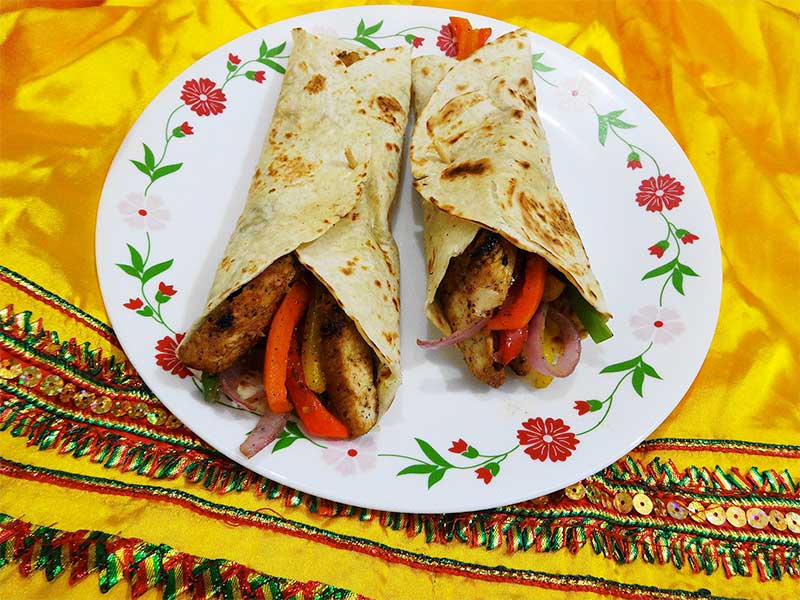 No, They’re Not Mexican! Well, Almost.

As you know with a name like Jose Mier I may have an affinity for Mexican dishes. That’s true, my ancestral heritage is Mexican and I delight in all sorts of south-of-the-border treats, but the food I’m profiling in this article is as American as Chevrolet. Of course I’m talking about fajitas. This is another American dish that’s on the list of the top 100 foods of the world.

The origins of the fajita go back to the mid-20th century. Ranch hands in Texas took one of the tougher cuts of beef, skirt steak, and pounded it and marinated it to tenderize it prior to cooking over coals and serving on tortillas. The word fajita in fact comes from the root “faja” which means girdle or skirt–as in skirt steak.

Despite its Texan origins it’s difficult not to find this item on the menu in any Mexican restaurant in United States. And over the years this dish has gone upscale. Many restaurants and cooks opt to use more tender cuts of meat instead of the tougher skirt steak. You’ll also find other meats or seafood such as chicken or shrimp as the main ingredient in fajitas. Some recipes are more complex than others but at it’s very basic the meat, whichever one you choose, is marinated in lime juice prior to cooking.

Of course no article on fajitas would be complete without the other ingredients are usually onions in red or green bell peppers, both of which are marinated and grilled like to meat itself. It’s served with other toppings like pico de gallo, shredded cheese, sour cream or guacamole which are favorites.

As I said the recipes range from simple to more complicated and include meats other than beef. This is a hearty, satisfying meal and I always walk away from the Mexican restaurant with a very full stomach after eating these.

Pretty much any Mexican restaurant you choose is going to have these and part of the fun is having them brought to your table still sizzling and trailing clouds of aromatic smoke. For me in Sun Valley California, the Mexican restaurant I like to go to quite often is El Compadre located at 8440 Sunland Blvd, Sun Valley, CA 91352.

If I haven’t made you hungry by now I should have. Try these at your favorite Mexican restaurant, or better yet whip up some yourself. It’s not difficult and if you’re like Jose Mier you’ll look forward to that grilled taste in full stomach that accompanies fajitas.

← Sundae Drivers Chef Jose Mier With Yet Another Mexican Icon →