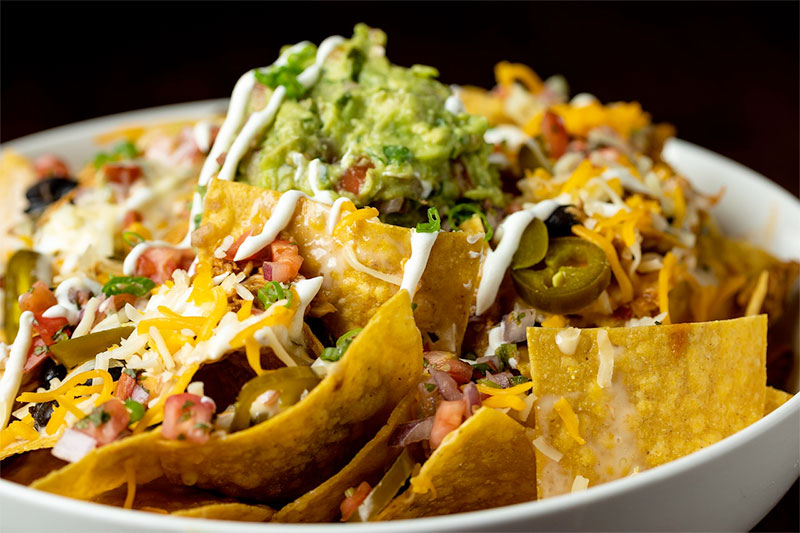 Nachos: Ingenious Success Due to Necessity

Yes it’s Jose Mier’s Gastronomy with yet another world favorite food from Mexico. I can’t help it that so many foods on tasteatlas’s list happen to come from my ancestral homeland of Mexico, but they do. Today’s dish almost needs no introduction. It’s nachos. For those of you who don’t know the story of their creation, much like the Caesar salad or Cobb salad this is a dish that was created by necessity. During World War II some officers’ wives made a short trip across the border from Texas to Mexico where, at one of the local restaurants, they were in need of something to eat. Not being able to find the chef, the matire d’, Ignacio Ayala, hastily put together an appetizer for these officers wives, consisting of whatever he could find on hand. He served them tortilla chips with melted cheese and jalapeno peppers.

Of course the nickname for Ignacio is “nacho,” and so a world famous dish was born.

Nachos have become so popular in that you can find them in movie theaters and ball parks in addition to Mexican or indeed other types of restaurants. And though Ignacio’s original dish was fairly simple, over the years nachos have become as complicated and delicious as you want to make them. In fact, the nachos supreme recipe on delish.com tops tortilla chips with ground beef, beans and avocado in addition to cheese and chilies. Ditka’s restaurant in Chicago served in a pot roast version of this dish. You can see how this humble appetizer gained such widespread popularity that it moved north of the Mexican border all the way up to the Windy City and everywhere else in between.

Like other popular dishes this one’s fame is so great that there are dozens if not hundreds of recipes online. Take your pick and have at it. Delish.com also has a video available on the recipe page which can also be found on YouTube.

Of course the versions you get at the movie theater or ballpark can hardly be called nachos and the cheese sauce that accompanies these oftentimes dry, disc-shaped tortilla chips is more akin to glue then cheese but it bespeaks the popularity of this dish. Now that we’re into football season it doesn’t take a rocket scientist to guess that millions of households will be whipping up batches of nachos to serve as they watch their favorite teams battle it out.

I love cooking my own Mexican dishes, but sometimes even a chef needs a break. One of my favorite Mexican eateries in Sun Valley, CA is Daniel’s Tacos at 8905 Glenoaks Blvd., Sun Valley, CA 91352. You just may see me there ordering a whole bunch of nachos.

One Reply on “Chef Jose Mier With Yet Another Mexican Icon”