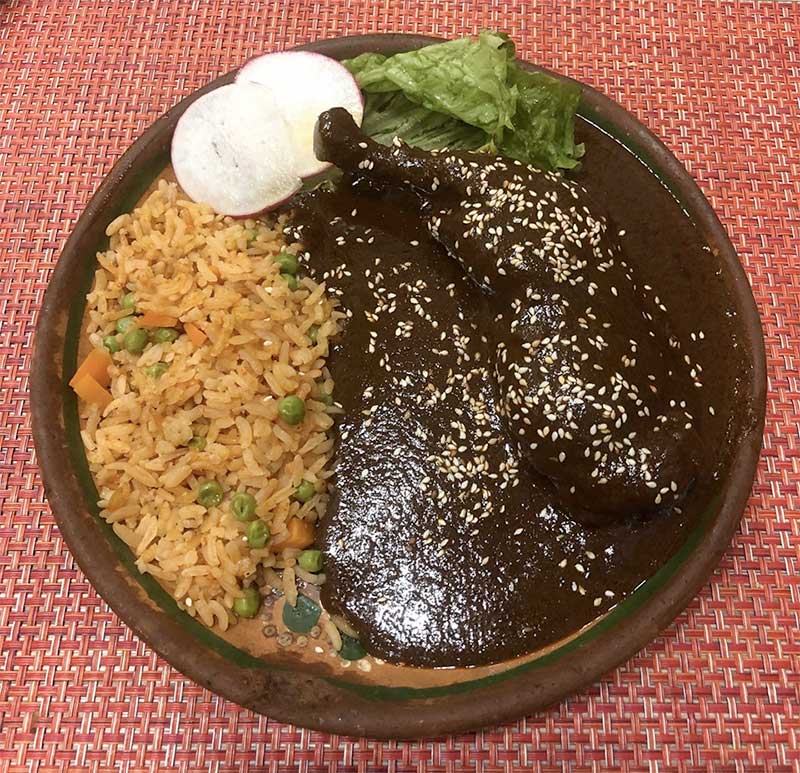 Okay, it is one of my favorite Mexican sauces. With a name like Jose Mier you might guess that I have an affinity for Mexican food, and I do.

There is no one mole sauce. The recipes are going to be as varied as the number of families that live in Mexico. Each one is going to have on special take on this sauce but at its most basic it is a concoction of chilis, spices and, yes, chocolate, ground and simmered together. The chocolate in the sauce adds a richness to it that distinguishes it from other Mexican salsas and it’s used most often atop chicken. But many Mexican chefs usage in a variety of recipes including one called enmoladas which are basically enchiladas using mole sauce.

As I said the varieties are going to be legion but most Mexican cooks will start with a commercially produced base to which they’ll add chicken broth and perhaps some other spices. Each cook has his or her own favorite brand of mole concentrate, preferring one over another and the attachment to a certain brand in individuals can be so strong that it might result in fisticuffs when another cook tries to use another brand of mole.

The most widely used version of this sauce is mole poblano which makes use of the mild poblano chilies but really each chef will have his or her own method and may substitute ancho chilis or even something a little spicier if the mood strikes. Recipes online will also differ but Allrecipes has one that readers seem to think is authentic, so I list it here.

With the ubiquity of Mexican restaurants throughout the world, but especially in Mexico and United States, it’s no surprise that mole is one of the most popular dishes in the world and one of the most famous. If you have not had a chance to sample this traditional, rich, Mexican sauce, I urge you to do so at your earliest opportunity. Here in my home of Sun Valley, California we have no dearth of Mexican restaurants. One that I like to frequent because the quality of food is so good, is RJM Mexican Grill which is located at 8181 Sunland Blvd. If you happen to be in my area stop in in order there Molay. I know you won’t be disappointed.

← Another Greek Entry on the World Food Stage: Gryos So Simple, So Iconic: Margherita Pizza →
%d bloggers like this: