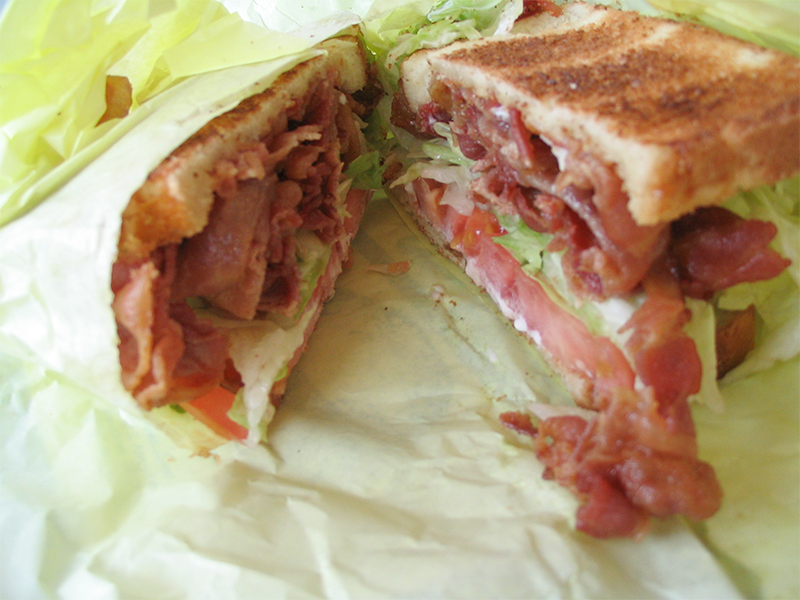 Jose Mier here once again tracking down the most popular foods in the world. Today’s entry is that ubiquitous sandwich known as the BLT, which of course stands for bacon, lettuce and tomato. This sandwich is so omnipresent and popular that I can almost guarantee there is no one, except maybe a small child, who hasn’t heard of or enjoyed a BLT. Just the fact that it’s known by its initials tells you something.

According to tasteatlas.com the origins of the sandwich are not really known for sure. It is suspected that it began as a sandwich served with afternoon tea in Great Britain. They go on to say the first mention of the BLT imprint occurred in the 1920s. The sandwich became popular after World War II since so many servicemen who were in Britain for the war brought it back to the United States and it has become incredibly popular. It’s also a very simple sandwich consisting of, well, those three key ingredients and maybe a dollop of mayonnaise on the bread.

It’s so simple that you really don’t need a recipe. The name really is the recipe, but because it is one of the most celebrated foods in the world there are myriad recipes available online such as this one from allrecipes.com. YouTube also has its fair share of instructional videos however as with anything people are going to leave their own mark on a recipe or personalize it to fit there unique tastes.

It’s so easy to make that you really don’t go out to eat for a BLT, but it’s something that, if you find on the menu, it may strike your fancy. In my hometown of Sun Valley California we have a lot of Hispanic people, just as the rest of Southern California. That means the Latino influence is going to find its way into just about anything and BLTs are no exception. I happened upon an article and video on the website of one of our local TV stations, KTLA. The author, Jessica, has created a BLT using tortillas instead of bread. You see what I mean about the Latin influence.

BLTs are something that everyone enjoys no matter what age. It’s a simple treat to prepare for kids but even in adults keep coming back to this tried-and-true World favorite.